Last night was one of my favorite nights for photography of the whole year.  The 4th of July is the one time I get to shoot fireworks, and I look forward to it very much.  We always get a spectacular show here on Vashon Island; the only variable is where I get to shoot from.  This year, we were invited to a client’s house on the island with a close, direct view of the launching barge.  Before the official show even began, the next-door neighbors were setting off huge shells of their own. 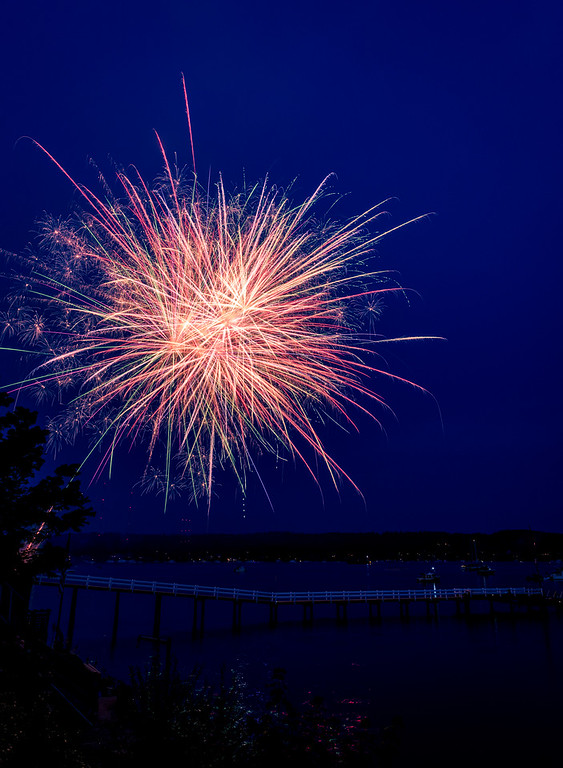 I wasn’t sure if that dock would be a welcome foreground or annoying distraction.  That’s up to you, I suppose, but I like it.

The biggest challenge this year was that there was almost no wind.  This means that smoke built up as the show went on, and I think that takes away from the color and clarity of the bursts.  Actually, there was already a pretty good amount of smoke between me and the show because of the neighbors’ pre-func celebration.

You’re not seeing all the smoke in these pictures because Lightroom’s new(ish) Dehaze feature works very well for reducing its appearance. 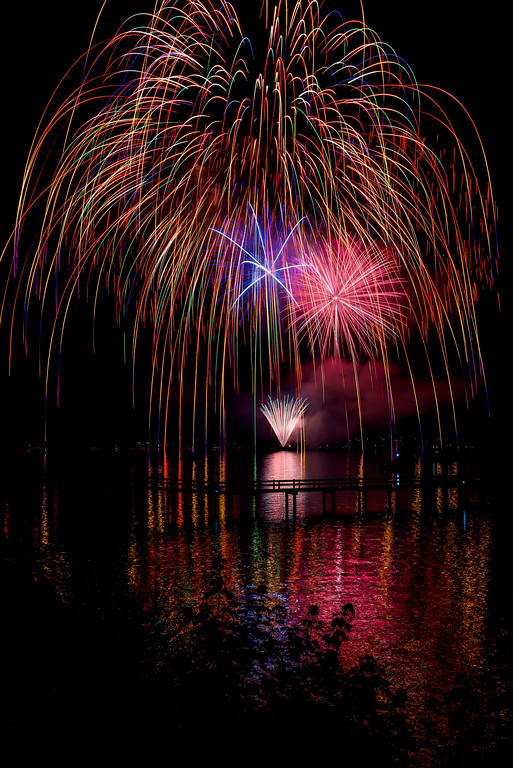 This year marked the first time that Tommy (now 4) actually sat through the show. He’s come close before but always lost his nerve at the last second.  He stayed through the whole thing this year and really enjoyed.  As a bonus, Claire (almost 3) and little Baby Ben (who will be 1 in two days) also watched the entire show.  It was a full-family affair. 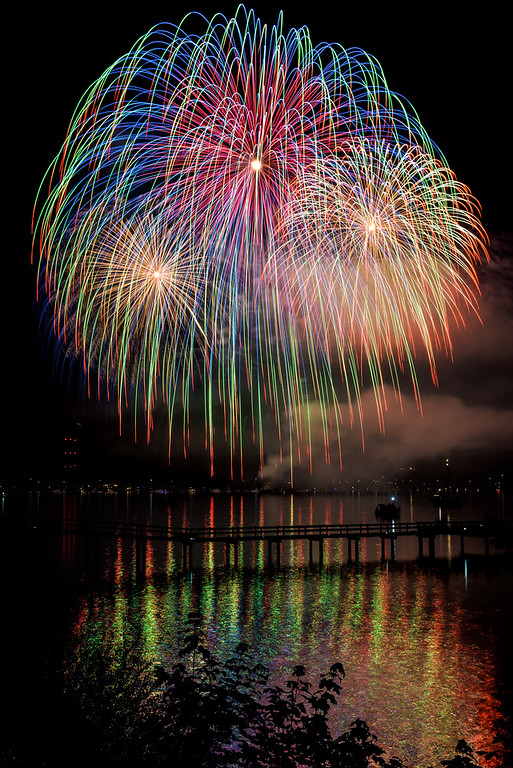 Once again, Vashon Island’s little fireworks show did not disappoint.  I’ve never been out to see the display at the Space Needle, and at this rate I probably never will.

If you want to learn my technique for shooting fireworks, please feel free to check the little tutorial I put together. It’s totally free!

How to Shoot Fireworks

Tumblr
This entry was posted in Vashon Island and tagged fireworks. Bookmark the permalink.